HomeImpactPublic Engagement – Our City Our Health

Public Engagement – Our City Our Health

Our City Our Health: is Bristol developing
in a healthy way?

Cities shape citizens health and wellbeing, and citizen behaviours and decisions shape cities. Yet, not everyone has a fair say in decision-making processes. Traditional consultation processes, for instance, often attract already engaged individuals and interest groups. Innovative approaches are required to ensure a diversity of voices are heard and so those impacted most from development feel able to make a change.

Shape Our City, the public engagement arm of UPSTREAM, sought to pilot different creative ways in which the public, and particularly marginalised groups (children, the elderly, rural. low income, BAME), can contribute to urban decision-making. Working closely with the researchers, Shape Our City was able to use the latest science on health in cities to inform both the artwork used and the conversations had with community groups and the wider public. We wanted to understand: What does healthy urban development mean to them? What their perceived role is in the decision making process? And what actions, if any, can they take to affect change?

Together with artists and Bristol-based community organisations, the creative process was partly co-designed to encourage various degrees of public involvement.

An interactive website, ShapeOurCity, fabric banners, an air pollution sculpture and graffiti piece were among the physical outputs. In one community, community members took forward a local idea to improve the city aesthetic. In another, students led the way. See our video for more details.

To close the decision-making loop, the public’s opinion went on to inform city developers, including those involved on the UPSTREAM project, at a conference in London in December 2018. 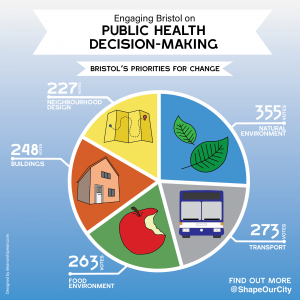 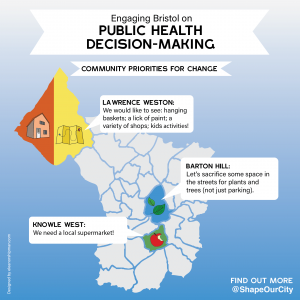 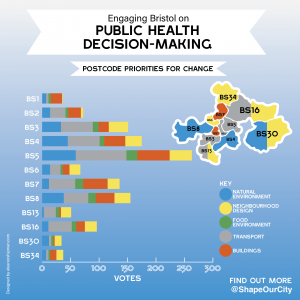 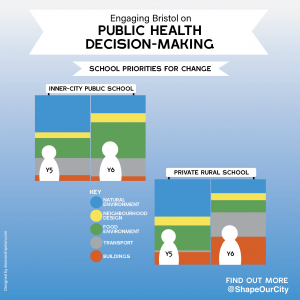 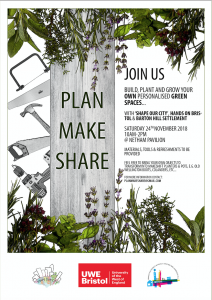 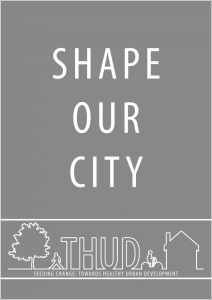 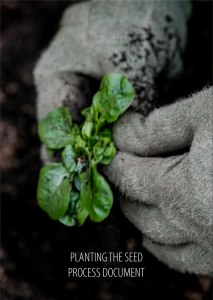 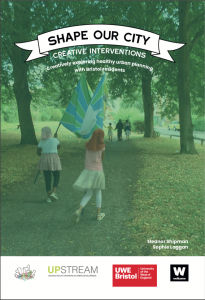 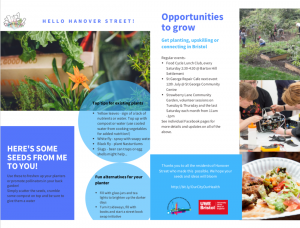 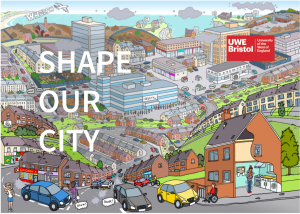 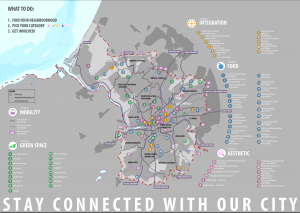